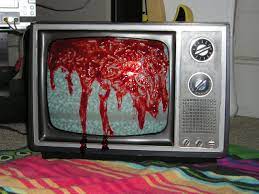 Lately, after a long few months of traveling and dealing with professional obligations and mental health issues, I’ve finally had the chance to sit back and enjoy a good ol’ fashioned television binge! There are so many shows I’ve been meaning to catch up on, and here are my thoughts on a few of them.

Man, the Star Wars franchise must be every screenwriter’s wet dream! You don’t have to respect lore, you don’t have to regard canon (whatever that even means anymore, and you don’t even need to tell much of a story…as long as there are space lasers and melodramatic monologues from the lead characters. The Book of Boba Fett was the epitome of bad writing, in my opinion. But…

Obi-Wan Kenobi revived my hope for the Star Wars television expansion on Disney+. Some might even call it “A New Hope.” Everything about this show was well done, and I didn’t even mind how a few things clash with established canon or disturbed some of the meaningful events throughout the original trilogy. One scene in particular in the final episode, involving a young Luke Skywalker, bothered me a bit, but the show was otherwise a joy to watch from beginning to end. I especially enjoyed Hayden Christensen’s portrayal of Darth Vader, which I never in a million years thought I’d say. The final episode was brutal in so many ways, and the pure rage in Darth Vader’s hunt for his former master was never boring or overwritten. I’d recommend this to anyone who cares to see a bridged gap between Revenge of the Sith and A New Hope; this is what Star Wars should’ve been from the beginning of all this revival business in the Disney purchase

The Boys, since the very first episode, has only gotten better and better. This latest season, which introduces Jensen Ackles’ “Soldier Boy,” hits the nail on the head with both social commentary and pure satire of the American fascination over superhero franchises. I loved the Deadpool movies, but damn, this show has quickly surpassed both films in terms of balancing humor with drama (both leaning, admittedly, heavily toward the “humor” side).

I haven’t been a fan of The Walking Dead in a while. Unlike many others, I absolutely LOVED the Negan and Saviors story line, as it was also my favorite part of the graphic novels. The previous few seasons, however, have seemed to drag onward like a reanimated corpse begging to be put out of its misery with a merciful “series finale” head shot.

But Season 11 has been pretty stellar. I’m only a third of the way through it, and I’m actually paying attention to episodes again instead of constantly playing on my phone and rolling my eyes during every long-winded “this is who we are now” monologue. I find the character development between Maggie and Negan especially interesting, since he straight up brutally murdered her husband in front of her after his lengthy introductory monologue. The two characters are getting a spinoff together, so maybe that’s why they’re getting so much screen time together, and somehow it never feels forced

I hated this show. It had its good moments but, overall, it completely failed to justify its existence. I hesitate to share my full thoughts on this shows weak points, since conversation is a thing of the past and having a negative opinion on shows and movies that others love is like asking for hate mail. All I will say (and this is a hill I will gladly die on) is that the season finale SUCKED. I hated Dexter’s son throughout the show but, man, the season finale just threw away any good qualities the character might’ve had, all for the sake of manufactured drama and “tying up loose ends.” I certainly hope there’s no season two of this garbage. Just let it die.